Threaded fasteners are not fool-proof; and fail at one point or another in that they self-loosen and can cause accidents as serious as major motor vehicle break-downs, airplane crashes, or annoyances like detached dental implants.

The Spring Clip. This design is a flat spring with two cut-outs wide enough to slip onto the bolt stem as a u-shaped spring clip. The upper wing of it sits firmly in its expanded spring mode between the bolt head, respectively the upper bolt washer, and the lower wing keeps itself tightly attached, at the required pressure, to the lower part of the tightened nut, thus preventing the nut from moving; and, in doing so, maintaining bolt and nut securely together.

Coil Extension Springs. The core pieces here are small extending coil springs. Both spring ends have hooks and full loop configurations so that they will not accidentally detach themselves from the anchor holes in each of the (specifically for this safety catch approach suggested) two relatively large sized washers.

Compression Coil Springs A compression coil spring with an inner diameter of just a bit larger than the bolt shaft is to be slipped onto it from its lower end towards the bolt nut. A second nut then will be screwed onto the bolt shaft right behind the compression coil spring and tightened until it reaches the intended torque. This spring will maintain the torque because pressure is effective into both directions. This pressure effectiveness into the two opposite directions is being generated because the spring increases the friction of both individual nut threads on the bolt thread, which maintains either nut in their pressure-induced equilibrium.

Compression Disks are for screws, both for regular use and also for medical. To be used with screws for moist/wet and slightly vibrating objects. They are made of a non-slippery, rubbery substance and with a sufficiently large working surface. They are not to be used for objects which might become hot.

The rubber washer firmly surrounds the bottom of the head of the screw.

These are made of hygienic silicone or Teflon for medical and dental applications, the threaded fasteners are designed to work in and around human and animal tissue. 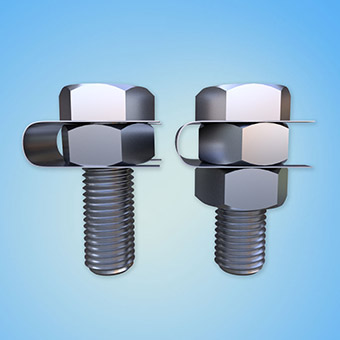 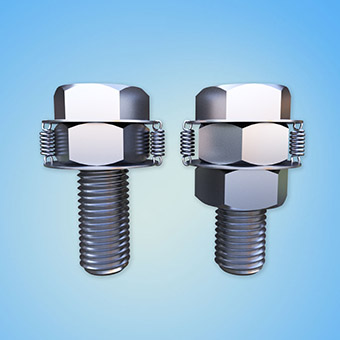 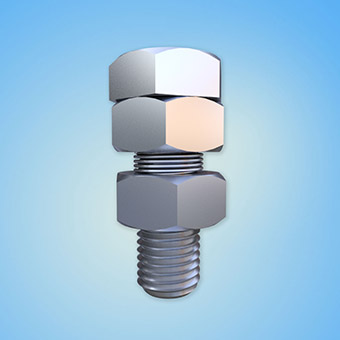 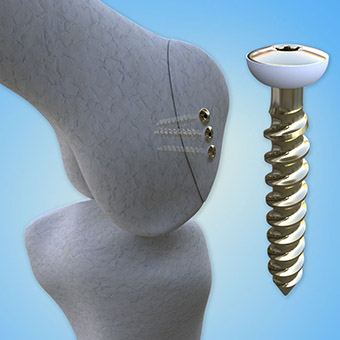 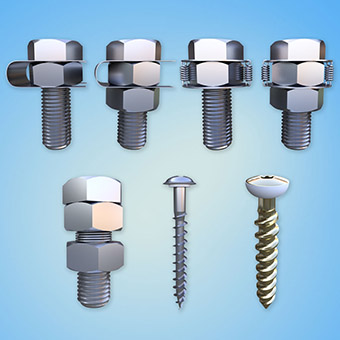 Friedrich Thommes of Enosburg Falls, VT, like most of us has had to deal with the frustration of the loosening of bolts and screws. Sometimes it isn’t just an irritation, but can also be dangerous as well. So, he set out to solve the problem and has worked out a very effective solution.

Working with Mars Rising Network, he had the invention refined with the hope of turning this great idea into a commercial product. He is actively seeking a company that would have an interest in partnering with him to get this product on the market. 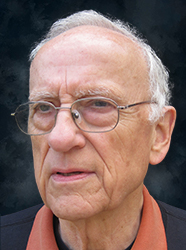