The Ball Park is a board game is great alternative for today’s electronics obsessed children.  It is a sturdy, easy to assemble, three dimensional game that is created to be played indoors by two or more children and adults. It is designed to look like a baseball stadium with graphics (in cartoon form) that are normally seen at a baseball game. Including hotdog stand, brick exterior, flags, players on the field, baseball bats, gloves and swinging bat. The basic play is as follows: A ball with a size similar to a ping pong ball is dropped in the Launch ramp at the back of the stadium. The ball rolls down the ramp and comes out onto the field where it rolls at the player. The player has a bat on a swivel and swings the bat at the ball.

The player’s objective is to hit the ball up into one of the Stands to receive a score of a Single, Double, Triple or Home Run without hitting an Out.  Outs can be received by hitting one of the standup cutouts of a player or by hitting into the stands/boxes marked as Out. Once the ball goes into one of the scoring boxes, the boxes, which have a hole in the bottom with allow the ball to drop down to the box below it until it reaches the field where it is returned to the player. Much like baseball, singles, doubles, etc. correspond to placement on the field for the player and three outs means players switch sides.  When playing alone the player can drop the ball down an optional chute to launch the ball to themselves.  The extra bats can be kept in the batbox on the right side of the stadium.

The stadium shell is made of a plastic corrugated board material with graphics laminated on it. It will be shipped flat for storage and will be easy to assemble, much like a “pop-up book”.

Kids of all ages will love to “Play ball!” at the Ball Park. 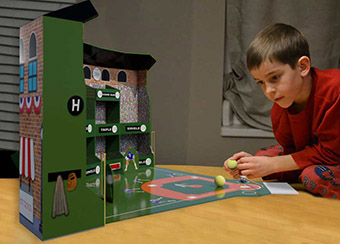 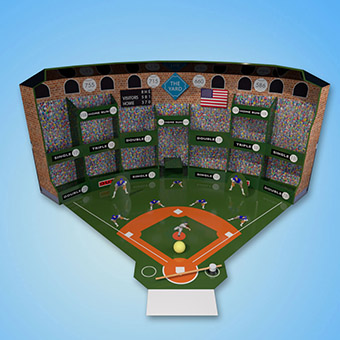 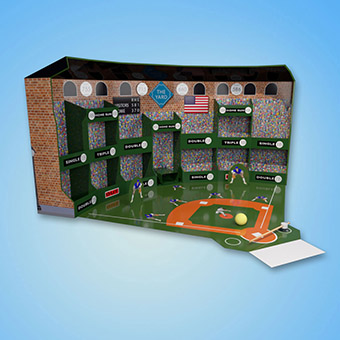 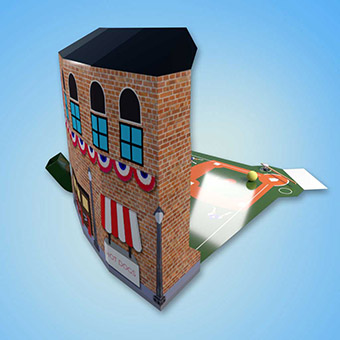 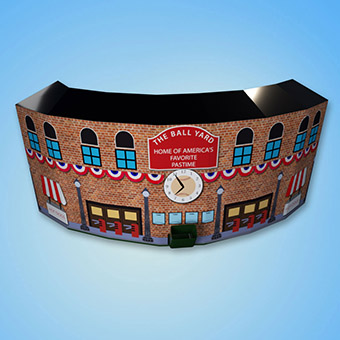 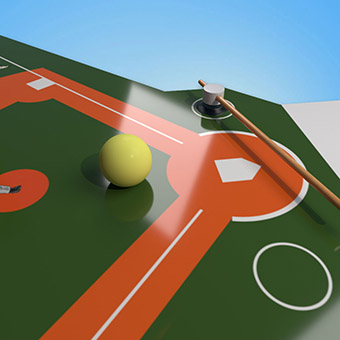 Like many of us, Jeffrey loves baseball and it inspired him to create a prototype of a game that could be played indoors. The project evolved into a fun and engaging game that people love to play.

He contacted the Mars Rising Network and had a provisional patent application filed and had the invention designed properly so that he may see success with this great idea and turn it into a real product.

He is actively seeking a company that would have an interest in licensing the system for a royalty. 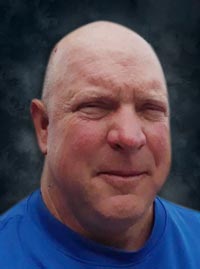