Invention Ideas & Investing in them with Crowdfunding

“The new crowdfunding frontier for Inventors and Investors” 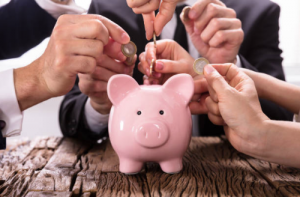 People have been inventing things for thousands of years and people have been investing in things for about as long. Inventors have been creating new inventions for the consumer market for about the last 100 years or more because of the growing consumer market. In the last 50 years there has been an explosion with the population and its needs and wants for making and buying things that are less expensive, easier, faster, and better. With the introduction of the internet over 20 years ago and the state of social media in the last 10 years the opportunity for people to create and invest in those creations have generated new legislation bills to be passed and opened up the most fertile ground for investment in invention ideas we have ever seen.

Invention ideas have spawned all of our new technology for inventions that have already changed our lives and changed society forever. The new frontier is called Crowdfunding. The way it used be was for investors to invest in new companies with their technologies or opportunities and to contact accredited investors directly. The hoops everyone had to jump through were legally difficult and required dealing with pages and pages of SEC regulations in order to comply with those laws.

Since about 2013 the new laws have been passed and crowdfunding platforms have been coming into view and are on the rise. Crowdfunding has become a go to place for new invention ideas and inventions. It is also called Crowdsourcing because it brings in many everyday people from the social media environment to experience these new investing opportunities for much smaller amounts of money to be invested and offers some pretty good returns for that small amount of money invested.

Without getting into too much detail this is how it works so far. An inventor has an idea for an invention or has a few invention ideas. They first have some design work done to produce drawings and to file for a patent. From there they need to have some 3 D modeling done along with some information about their invention and how it can be turned into a real product. Until now it has been up to the large companies or people that can afford the development, prototyping, and manufacturing to get the product into the marketplace.

It was and is the expectation of every inventor that a larger company will like their invention and agree to license it and be paid royalty while the company pays for any remaining patent work and the development of the product then take it into the market. It does work with the right products and happens every day but it is becoming more difficult to do with costs getting higher and higher.

With crowdfunding and crowdsourcing these new invention ideas can be financed by the crowd at $50, let’s say, and be given a reward or a royalty for early investment. The first popular way to reward the backer is by giving the product to the investor or “backer” as it called in that method. It is also called a pre-order rollout. A unit of the new product is sent to the backer in trade for the backer’s donation to the project.

Basically the “Donation” is not an investment so to speak. A “Reward” is not profit sharing. That is the basic idea of crowdfunding. Another popular method of rewarding the backer is called a “Royalty”. This method is rising fast as it is an easy way to make money on your money without having any equity or ownership or profit sharing of the company. The backer simply is paid a royalty based on a percentage of the sale price or a dollar amount of the sale price of each unit sold in exchange for the donation to the project. Both are great ways a backer can benefit from the donation made to that project.

The benefit to the inventor is that there is new way to move their invention ideas into the marketplace. It also enables an inventor to create their own company and not have to give away equity or ownership of their company. It gets around all of the existing laws regarding securities being sold to investors for an entire company. It focuses more on the product being manufactured, marketed, and sold than on the company running the business. Which opens another door of responsibility for the inventor and the backer.

Before getting into that there is another method of paying the backer or in this case the investor back their money invested. It is called “Equity Funding”. This where the new crowdfunding laws come into the picture. You can take in up to $1, 070,000.00 from a CF funding or an REG A+ funding program. It can be registered with the SEC but the compliance issues are much less than the traditional investment laws for private companies. To learn more about this particular method of investment talk to an attorney that specializes in that area.

Getting back to the new responsibility for the inventor and the backer. The backer has to make a decision as to the ability of the inventor to come through with the actual product. This is an area in which the crowdfunding community is most at risk. There have been many cases so far that the inventor was not able to fulfill their obligation to the backer. Because it was such a small amount of money there is not much of a loss from either party. That is the main reason crowdsourcing and crowdfunding is such a fast-growing community. The down side is very low and the upside is very high.

Crowdfunding is a new way to finance inventors but it is the invention ideas that drive the industry. There are many donations being made for the guy who broke his arm and needs medical bills paid or the student who needs some help with tuition or my bike needs new tires. You can see it all in the crowdfunding space. However, the largest portion of that market or community is growing fast and that is the invention ideas market. There are literally a few hundred thousand new invention ideas every year and a small fraction of those ever see the light of day. Mostly because they do not have the money to even start the process of getting their invention ideas moving forward.

On the cautious side there are many new companies quickly popping up that will help inventors set up a crowdfunding campaign for their new invention ideas and they charge a fee upfront and get a percentage on the back end. Right now, it looks like the inventor is being taken advantage of in some cases however if they can afford it then it is an advantage. For the invention ideas with the inventor who has a challenge with affording this assistance then the companies offering that service are losing out on the larger percentage of crowdfunding opportunities.

About 5% to 10% of the people with invention ideas that can afford it are receiving the biggest benefits. That leaves about 90% to 95% of the invention ideas out there left out in the cold. This is not seeing the forest for the trees. The crowdfunding industry is so new to the market that it has many years of evolutionary growth. The internet itself is going through the same evolutionary growth and it will for many more years to come. Realizing that there is about 90% of the invention ideas market for the crowdfunding community means that there will be more innovation as to how to make more money from helping more inventors with more invention ideas. This is where the crowdfunding industry will find its biggest growth and make the most amount of money.

It is a shame to say making more money from invention ideas is the driver to all of this but we live in a capitalistic society and making money is the goal. It is actually a positive because it forces everyone to be more creative and more willing to step out on the crowdfunding limb. That is what takes courage and the first to make that case will be the first to take over the market.